Japanese methods of interest aggregation lie predominantly in patron-client networks.
Definition-System in which a central officeholder, authority figure, or group provides benefits (patronage) to supporters in exchange for their loyalty. 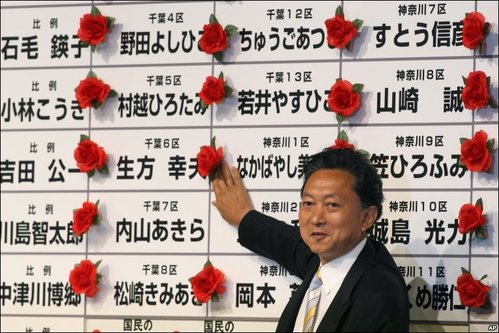 The Japanese political system has three types of elections:

The Military's Role in Society 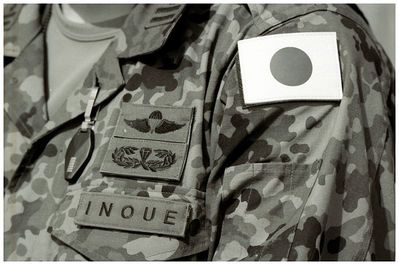 The Japan Self-Defense Forces (自衛隊 Jieitai), or JSDF, occasionally referred to as JSF or SDF, are the unified military forces of Japan that were established after the end of the post–World War II Allied occupation of Japan. For most of the post-war period the JSDF was confined to the islands of Japan and not permitted to be deployed abroad. In recent years they have been engaged in international peacekeeping operations. Recent tensions, particularly with North Korea, have reignited the debate over the status of the JSDF and its relation to Japanese society.

Appreciation of the SDF continued to grow in the 1980s, with over half of the respondents in a 1988 survey voicing an interest in the SDF and over 76% indicating that they were favorably impressed. Although the majority (63.5%) of respondents were aware that the primary purpose of the SDF was maintenance of national security, an even greater number (77%) saw disaster relief as the most useful SDF function. The SDF therefore continued to devote much of its time and resources to disaster relief and other civic action. Between 1984 and 1988, at the request of prefectural governors, the SDF assisted in approximately 3,100 disaster relief operations, involving about 138,000 personnel, 16,000 vehicles, 5,300 aircraft, and 120 ships and small craft. In addition, the SDF participated in earthquake disaster prevention operations and disposed of a large quantity of World War II explosive ordnance, especially in Okinawa. The forces also participated in public works projects, cooperated in managing athletic events, took part in annual Antarctic expeditions, and conducted aerial surveys to report on ice conditions for fishermen and on geographic formations for construction projects. Especially sensitive to maintaining harmonious relations with communities close to defense bases, the SDF built new roads, irrigation networks, and schools in those areas. Soundproofing was installed in homes and public buildings near airfields. Despite these measures, local resistance to military installations remained strong in some areas.